We are now booking for the 2023 coho season at Becharof Lodge on the Egegik River. The 2022 season was a most memorable one, thanks to the many great people who fished with us. The number one compliment we received was how fun it was to spend time with so many special people (staff and guests) in this part of remote Alaska. The second most praise was for Goni’s incredible cooking, something which always surprises guests who arrive thinking that just because they’re fishing in remote Alaska that the quality of food will decline. It doesn’t.

The fishing was tough at times, as good as we’ve seen it at others. Much of Alaska received rain throughout most of the summer, and as a result many rivers throughout the state flowed at record high levels all summer, right through our coho fishing.

Coho fishing on the Egegik River was great with eggs, and beads did well, too. Combining a bit of cured salmon eggs with soft beads was our top producer. Jigs, be they twitched or fished beneath a float, also produced consistent bites. Later in the season the flyfishing was excellent, with coho salmon being caught on surface poppers and many other patterns. There were some high catch silver salmon days among accomplished fly anglers who were in camp!

Though the coho bite was consistent every morning, from mid-season, on, the salmon bite did slow by mid-day, on average. This was the case in rivers throughout Bristol Bay. In fact, we spoke with many guides and lodges in the region, and this was a common theme in the rivers they fished, too. Some of the lodges who have their own floatplanes claimed the Egegik River was the best, most consistent coho fishing in Bristol Bay.

Due to our remote location and the rising costs associated with fuel, bush plane services, food, shipping, and many other components associated with operating a remote salmon fishing lodge in remote Alaska, there’s a rise in pricing heading into the 2023 season.

Still, coho fishing spots are booking up quickly as the Egegik River continues to be one of Alaska’s top coho streams. So check out the 2023 dates below, see which group fits your timeline and let’s go fishing. Life’s not slowing down and prices won’t get any cheaper. We’d love to have you experience what makes this one of the premier silver salmon rivers in all of Alaska.

•Maximum 8 people per group  •5 days fishing/5 nights stay in camp
•$4,850 includes RT bushplane •50% deposit secures spot
•Cancellation receives refund if we can fill spot or deposit is rolled over to the following year or forfeited

As if Becharof Lodge On The Egegik River isn’t remote enough, special day trips on bushplanes can take you into the heart of remote Alaska. Due to our unique location we have access to dozens of remote Alaskan streams.

Be it with fly rod or spinning gear, we can take you to some of Alaska’s most prized Arctic grayling, Arctic char, rainbow trout and coho streams. 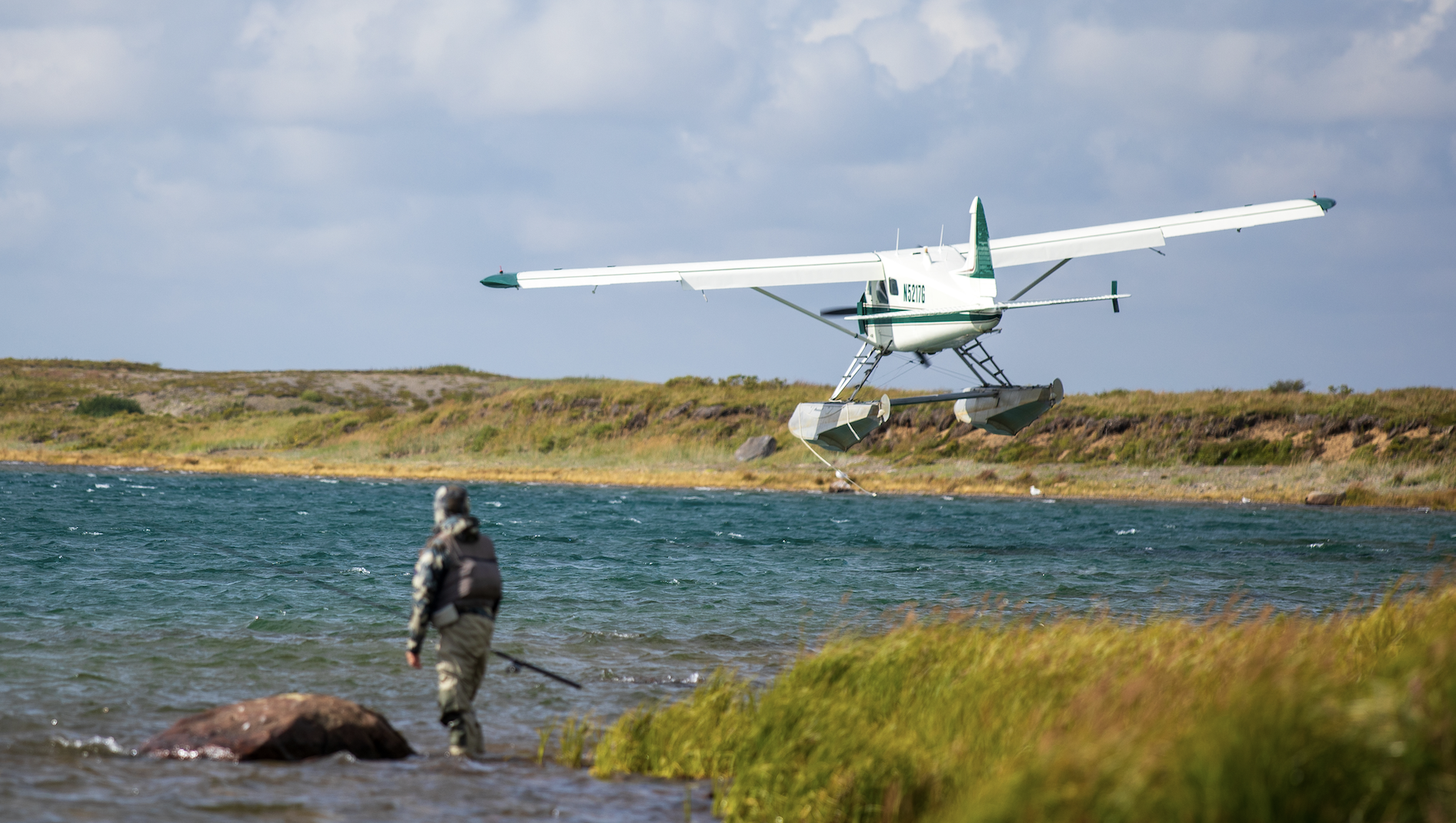 At Becharof Lodge On The Egegik River you’re likely to see brown bears during your stay. But if you want to see Alaska’s biggest predator up-close and personal, we offer special trips to Brooks Falls.

A 30 minute bushplane flight from camp finds you on the banks of the Brooks River, host to the highest brown bear populations in the world. Here you’ll observe and photograph giant brown bears, up close, all day long.

Coho: The New King Of Salmon In Alaska

It’s no secret king salmon runs are declining in Alaska, and they have been for many years. In some rivers, returning kings are small, weighing only a few pounds, not upwards of 30 pounds like they [...]

Our 2022 coho season on Alaska’s Egegik River goes down as the best ever…not because of the fishing, but because of our awesome guests! Throughout all of Bristol Bay, the coho runs weren’t what we [...]