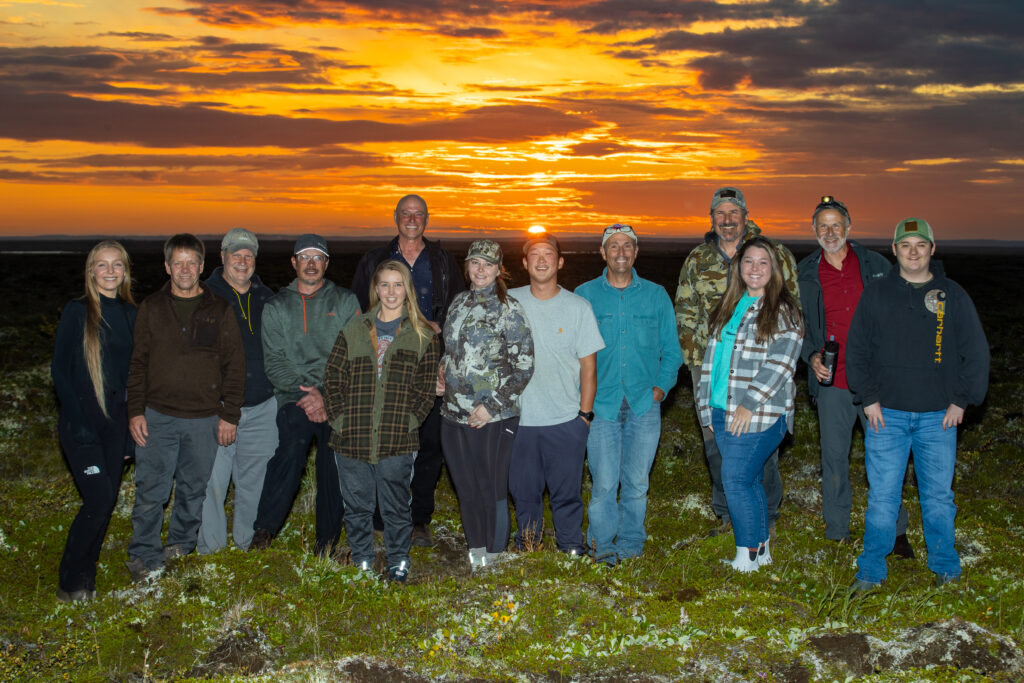 Our 2022 coho season on Alaska’s Egegik River goes down as the best ever…not because of the fishing, but because of our awesome guests!

Throughout all of Bristol Bay, the coho runs weren’t what we were used to seeing. We’re not sure why, since coho are not counted like sockeye salmon and king salmon are. Despite coho being so popular among sport anglers in Bristol Bay rivers, these silver salmon simply aren’t the target of commercial fishing, so annual run counts are not kept on them. 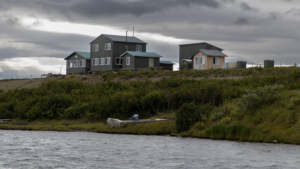 But there is wide-spread speculation on the low coho performance in Bristol Bay last season. First, again there were record sockeye runs in just about every river. This meant more commercial fishing pressure at the mouths of rivers, and nets were left out longer than usual. As of August 15, many commercial nets were still in the Egegik. Some stayed even longer than that. Interestingly, though, the many commercial fishermen we talked to claimed to have caught very few coho in their nets. Many are good friends, and we believe them. 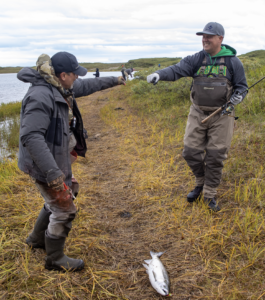 Another possible explanation of the slow coho start could be high water. Much of Southwest Alaska received record rain last summer. Never have we seen so many high rivers and tundra potholes so full. The Egegik River was the highest we’d ever seen it, and it lasted all season. High water typically sees salmon passing through rivers at a faster rate than normal. High, turbulent water is taxing for coho to hold in, so they’ll often push right on through, trying to conserve their energy for the upcoming spawn. 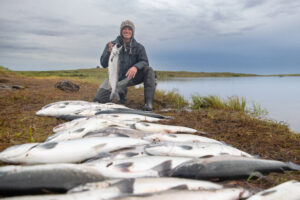 Because Becharof Lodge on the Egegik River is only about 20 miles from the river mouth, coho arrive at our fishing holes in a matter of hours following high tides. When commercial nets were pulled to allow sockeyes to escape upriver, there is a possibility that coho went with them, and just kept going right passed our lodge. Since sockeye salmon counts are not continued into August on the Egegik River, it’s just speculation. But we do know we were catching dime-bright sockeyes every week, right up to the final days of the season in early September. We’ve never seen sockeye runs last this long on the Egegik River. 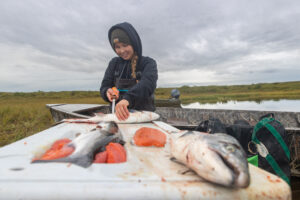 A third possibility is the coho arrived late. But we’re not sold on this because we spoke with several lodges in the Bristol Bay region who fish well into September, and they all saw rapid declines in coho numbers after the first week of September. We close down earlier than many lodges in the area due to moose hunting season. Many of the other lodges in the region we spoke with said it was the worst end of the season they’d ever seen, and many had been doing it over 20 years.

The bright spot in all this, however, is that the lodges we spoke with who fly their own planes, said the Egegik River was by far the most productive coho fishery in Bristol Bay that they could find. Some even abandoned their home rivers to fly to the Egegik River to fish for coho salmon, often multiple times a week. One flyfishing lodge we spoke with averaged 7 coho per angler per day on their home river…and they charge nearly 3 times what we do. Those are expensive coho. 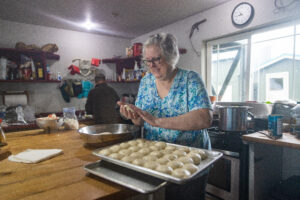 Mind you, by Alaska standards our coho season was still good, just not great, not like what we’re used to. Anglers who’ve been fishing with us for over a decade, who are exceptional fishermen and who know the Egegik River, still averaged upwards of 50 coho a day. During the peak of the season, most people averaged 20+ coho a day. In hindsight, how good the fishing really is lies in the eyes of the beholder. Even first time anglers were landing and releasing over 20 coho a morning in the latter half of August. They had a blast! 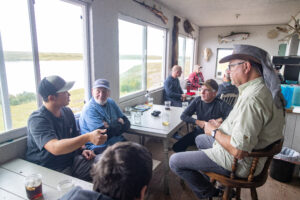 One man said it was the best coho fishing he’d ever experienced, that he caught more coho in one day than in an entire season where he fishes for them in the Pacific Northwest. Others shared similar stories.

But the stories we most cherished were from anglers, about fellow anglers. Many people said it was the most enjoyable fishing experience they’d ever had, thanks to the great people in camp. Often, people just fished for a few hours in the morning, then returned to camp to be with their new friends. Some of them even planned winter vacations together, while several rebooked with us, making sure they were going to be in camp with all the same people at the same time. That says volumes about the special place we have on the Egegik River and how much people appreciate it. 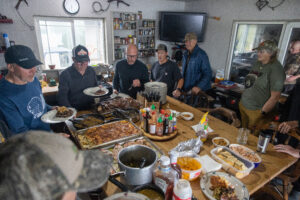 At Becharof Lodge on the Egegik River, we often get caught up in the numbers, wanting people to catch coho after coho, daylight to dark, every day they’re with us. But this past coho season we were reminded by our guests that it’s not always about catching lots of salmon. The total Alaskan experience is often about enjoying the unique beauty, those glowing sunsets, the captivating wildlife encounters, and the people we meet along the way. That’s what fishing in remote Alaska is really about, and we thank all of our wonderful guests who reminded us of that this season. It’s this mindset and enthusiasm that keeps us going, and we can’t wait until the 2023 coho season on Alaska’s Egegik River, what many seasoned anglers claim to be among the best coho fishing stream in all of Alaska, year in and year out.